PrevPreviousCapable Of Making Predictions, Creating And Testing Hypotheses About The Real World (0-6 Months)
NextCross-Modal Perception: Can Relate What They Feel With What They See (1-4 Months)Next

All the physical, emotional, and face-to-face experiences that infants have on a regular basis form a network of unconscious expectations and reactions to the world. Researchers call this “implicit memory,” and it is part of brain development, shaping emotion, cognition, and behavior as children grow. Infants don’t “recall” information the same way adults do (called “explicit memory”) because the frontal cortex, the part of the brain that allows us to recall events and details, will be the last part of the brain to experience a rapid burst of development (starting at around 30 months). However, there is evidence that the beginnings of memory are already in place even in very young infants. One method used to identify what preverbal infants can remember is called the “savings” approach, which measures how long it takes to relearn something that may have been forgotten. If it takes less time to learn something a second time, then some memory of an event or action remains. Using this method, researchers have found that the capacity for memory does not simply come “online” by 8 months or so, but develops over the course of the first year. Research has shown that two-month-olds can remember an event for 5 days. By 3 months, infants can remember things, even from brief exposure, for up to 10 days, and by 6 months they can remember for approximately 3 weeks. However, if any features of the learning environment were changed, infants were not able to remember as well. This demonstrates the importance of routine and consistency in infant learning. 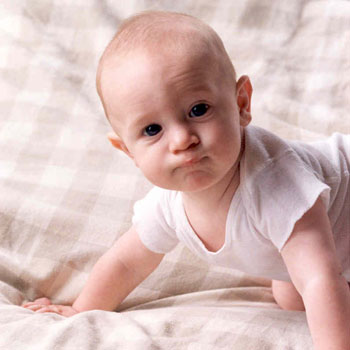